We Translate Words into Business
Crowdsourcing and Machine Translations – Are They as Good as Human Translation?
by Terralíngua      Posted in  February 27, 2014
00 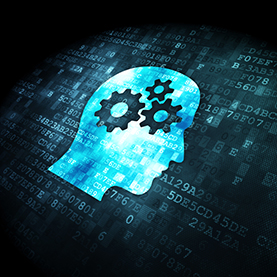 Crowdsourcing is a method of completing work by using a large number of individuals to contribute to an idea; usually over the internet, and the best contributions are used by the company or manufacturer who instigated the scheme.

Crowdsourcing is not a new term, it has been around for a few years now and it is a concept that has been embraced heartily by a number of large corporations.

Coca-Cola has used crowdsourcing as a marketing tool. Nokia has an “ideas project” which they use to crowdsource ideas for new innovations in design and technology. The lager manufacturer AB even has a website called Poptent which asks videographers to upload advertising videos they have made for Skol Lager in Brazil; they pick the best and the video maker receives a $10,000 usage fee.

These are all good examples of using crowdsourcing to get free market research, clever ideas and the free use of some of the best creative talent in the marketplace.

However, translation is not about clever ideas or brilliant marketing. It is about converting ideas from one language into another, in a natural form that stays true to the original. So where does crowdsourcing and machine translation fit into the translation industry?

Machine translations like Google Translate do have their place in the translation world. They are ideal for one word translations, short sentences, or to give you an idea of how the translation should sound; although Google is improving all the time, it is still capable of producing utter rubbish, which has the potential for embarrassment and lost business.

Crowdsourcing translation, however, is completed by real people and therefore has the capacity to be better. After all, people now have access to the internet on their phones. Any crowdsourcing app that provides a fast translation, done by a human, on the go, is bound to be popular. Facebook used crowdsourcing to translate their website from English into French and it was completed within 24 hours. A quick, cheap method to get the job done.

Posting online is useful if you are on holiday and you need to translate a restaurant menu or road sign. However ask yourself, do you really want proprietary information or your business ideas to be spread about the web and read by countless people, all in the name of providing a cheap crowdsourced translation?

Crowdsourcing is a method without quality control. If you do not vet your contributors, you will get hundreds of jokers making useless or profane suggestions. The 2006 General Motors Video Campaign were victims of pranksters when thousands of videos were uploaded showing the Chevy Tahoe SUV in a negative light, with claims such as the vehicle contributed to global warming, it was not a quality vehicle and that it even was responsible for the war in Iraq!

This is a good example of why machine and crowdsourced translations should not be used for anything other than simple translations outside the corporate world. Errors can cost a fortune to put right and may result in disastrous publicity instead of successful marketing campaigns.

The old adage is true: you get what you pay for, and that is why it is crucial to use a professional translation agency. A reputable translation agency will employ native speaking translators that live in the country of the target language, or have lived there in the recent past. Agency translators are not only knowledgeable about the language, but they know about the culture and traditions. They know slang words and colloquialisms.

Translation is not a word for word process, but many well-known companies have fallen into the literal translation trap when translating slogans. You can review ten translated slogans gone wrong. Though humorous, these incorrectly translated short slogans caused the companies involved a lot of money to put right, and loss of face with their customers and competitors.

When localizing your business materials, whether it is a website, a press release, instruction manual or a slogan, you need to be absolutely certain that it has been properly translated. Machine translations and crowdsourcing might be cheap options, but having the peace of mind that your business communication is professionally presented is worth every penny.