We Translate Words into Business
How to Make Your Language Choices for Website Translation
by Terralíngua      Posted in  October 30, 2017
00 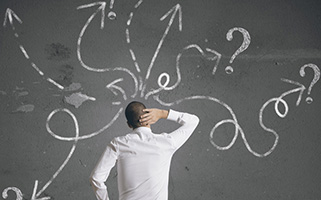 If you’re doing business globally, it’s important to have more than one language on your website. If you want customers from abroad to buy your products or use your services, then you need to be able to speak to them in their own language.

Granted, large global companies don’t have this problem. They have the budget necessary to add plenty of language options to a website. Take a look at Delta Airlines, for instance. They have more than ten language choices covering the six continents they fly to and from.

Apple also has numerous websites in various languages because they know the importance of being able to communicate with their customers. They want these customers to share their enthusiasm for their products and to engage with Apple themselves. This can only be achieved properly if you are speaking in their language, not yours.

What do you do, though, if you’re a smaller company with less to spend on your marketing strategy? The first thing you should do is to consider your customers, where they are from and what language they speak. Once you know this, you are able to make a choice and pick the language or languages that will capture the majority of the people you want to attract.

English is widely spoken, but there are also other languages, such as Swahili, French and Arabic. If you’re on a budget, English and French might be good choices. French is spoken in Northern, Western and Central Africa by around 115 million people as a first or second language.

Europe covers a large area and there are around fifty different languages. Depending on what parts of Europe you are targeting, you could think about English, French, German and Russian. Logically, if your customers are from Spain or Italy, you’ll have to think about adding those languages, too.

It’s easy just to think about English for a North American audience, but the fact is that there are large Hispanic and Chinese communities here. If you want to attract customers from these groups, you’ll need Spanish and Chinese.

Asia is a huge continent with a wide range of languages, the most popular being Chinese, Hindi, Indonesian and English.

Spanish is spoken in most parts of South America. However, in Brazil, the official language is Portuguese and there are many Portuguese speakers living and working in other neighbouring countries. You will, therefore, need Spanish and Brazilian Portuguese.

Don’t forget that it’s not just the language translations that will attract and engage your target audience. When they click on their own language, the texts and images should be relevant to their community. Therefore, make sure you use images and colours that they can relate to and that won’t cause offence.

Your social media pages should also be localized and, if they are, you will reap the benefits. Customers are more likely to engage with your brand and share it with their friends if they can perfectly understand your message and if they can see images of people and places from their own country.

It’s very important to have the translation work carried out professionally. A good translator will have lived in the target country and will understand the nuances of the language, as well as its colloquialisms and idioms, which you might want to use on localized pages.

Making your audience feel valued by providing content they can understand without a doubt will make them more likely to use your brand and to become loyal customers.

Terralingua is a professional translation company that has worked for some of the world’s leading companies. If you would like our help to get your message across to the rest of the world, please visit our website for further information.