We Translate Words into Business
Localization – Why it is Vital to Get it Right
by Terralíngua      Posted in  April 23, 2014
00 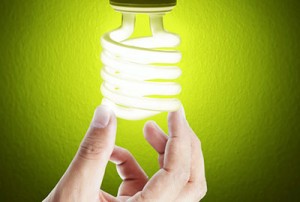 It is hard to believe that some of the world’s best known brands like Coca-Cola, Pepsi and Panasonic have made huge marketing blunders as a result of poor research and incorrect localization.

According to Mike Fromowitz, president of a top marketing and branding agency, many international companies have failed to market their brands effectively due to a lack of understanding cultural differences. The results are irrelevant marketing and confusing messages. Making sense to your target audience is key when taking your brand to another culture. One example is Kentucky Fried Chicken with their famous tag line “finger-lickin’ good” which became “eat your fingers off” in their Chinese promotion.

While most cultural blunders will make you laugh, the bottom line is that these campaigns cost many thousands of dollars and for some, caused outrage and anger among the target audience. How your message is conveyed is important as well. Look at the case of Fiat, who promoted their brand using the actor Richard Gere in an advertisement which showed him driving a Lancia Delta from Hollywood to Tibet. While in some markets Richard Gere may be a popular actor, he is not popular with the Chinese due to his support for the Dalai Lama. The Chinese reacted by saying that they would never buy the Fiat brand.

Though these incidents were embarrassing and cost a great deal of money; these global giants had the resources to bear the loss and re-market the product in order to put things right. Even if meant, in the case of Kentucky Fried Chicken, closing the branch altogether. Other smaller brands and start-ups might not be so lucky and one marketing blunder could mean the end of a global business venture.

A campaign that has been well researched, engages with the target audience and shows knowledge of the country and culture will stand a greater chance of success, than one that is merely translated from the source to the target language.

For instance, a marketing campaign in America should never be translated word for word into another language and then launched with the same photographs, brand names and phrases. It just will not work.

First the translation should be completed by an expert who understands the culture and the language. This professional will be able to change any words or phrases which have different meanings, into words or phrases that will not cause insult and have a cultural significance. This is called transcreation.

Secondly, the brand name needs to be researched and checked for other meanings. If it has been changed from the original, care should be taken to ensure the new name does not have a different colloquial significance or is a name that will cause confusion or offense.

Any photographs should reflect the community of the target audience, so that if the campaign is in China, the photograph shows Asian people.

Colors on flyers, websites and advertising materials need to be considered. For example in Europe and America white is the color of purity and is associated with cleanliness and freshness; while in China, it is the color of mourning. It signifies death and treachery. You might not believe that superstition belongs in the corporate world, but you might be doing business with someone who does.

In order to make your marketing campaign a success, use a professional translation and localization agency, which will ensure that the language of the campaign will engage, delight and convert readers into customers. Do your homework and you will be saving yourself a lot of wasted time, effort, money and the good reputation of your company.

Terralingua is a professional localization agency who can assist your company with effective global communication. We have worked with many of the world’s top brands. Please visit our website for further information.