We Translate Words into Business
Selecting the Right Target Language to Reach Your Customers
by Terralíngua      Posted in  April 10, 2019
00 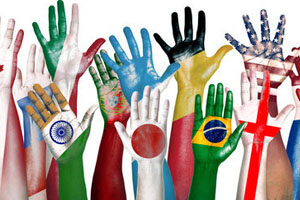 Attracting new clients, keeping them engaged and communicating with them in their own language makes up a large part of your marketing strategy. For this reason, we often receive questions regarding the target language dilemma when customers speak the same language but are located in different countries.

It is an important decision to select the right target language. According to Common Sense Advisory’s research studies, language significantly influences purchasing decisions. Consumers reported that understanding a website in their own language ranked higher in importance than pricing.

This emphasizes the need to select the best target language when reaching international customers. It is essential to engage consumers in their own vernacular to help them feel valued and build brand trust. However, don’t assume that all English speakers are the same, or that Spanish speakers want to read formal Castilian Spanish. Sometimes, it’s not that simple.

Look at the differences between British and American English. Yes, we understand each other perfectly, but there are differences in spelling, pronunciation and some vocabulary. Therefore, if your brand is promoted primarily to a British or American market, it is essential to reflect this accordingly in your marketing materials and website.
A good example of this is Coca Cola. If you browse their UK website, not only is it 100% aimed at this audience, but the spelling and vocabulary are all in the Queen’s English. Flip over to the American site and you’ll find everything is geared towards their US customers.

What if you’re targeting a Chinese market? Travel through China and you’ll hear many dialect varieties, which could become a marketing nightmare. Luckily most people in China speak Mandarin and write using Simplified Chinese characters, except if you’re in Hong Kong, where they primarily speak in Cantonese and write in Traditional Chinese characters. Again, Coca Cola has their materials and website in both written formats.

While many languages have the option of localizing, Portuguese should be adapted for its target location. Portuguese is the fifth major language in the world. However, there is a significant difference between Portuguese speakers in Brazil and Portugal with differences in intonation, pronunciation, grammar rules and vocabulary.

Spanish is spoken in the United States, Central and South America and, of course, in Spain. While Castilian Spanish is often thought to be the standard for Spanish rules, there are variations in regional vocabulary, dialect and pronunciation.

Even though there are differences within Spain, the official language is Castilian. You will also find Galician and Basque speakers as well as Catalan. Most official Spanish websites give their readers the choice of these dialects.

Because of the great difference between regions, many companies are now gearing materials towards a neutral International Spanish. International Spanish uses terms that do not refer to any specific dialect of the language and uses artificial terms or phrases that best suit a multinational target audience. The whole idea is to encompass broad linguistic differences, trying to find common grounds in all Spanish variants and to eliminate idioms and regional mannerisms that would not be understood or that could lead to completely different or offensive translations between Spanish-speaking countries.

One great example concerning the differences in vocabulary is the International Spanish use of the term ’computer’. It can be translated as ‘computador’, ‘computadora’ or ‘ordenador’, depending on the country or region. To avoid controversy, it is possible to use ‘PC’ or ‘equipo’ and be understood in all Spanish countries.

In summary, translation and localization are the best ways to ensure that that you are able to engage with your customers. A brand that can communicate effectively will surely gain loyal customers by means of providing great content in their own language.

Terralingua is an ISO 9001 and 17100 certified translation company. If you would like to learn more about our translation and localization services, please visit our website for further details.