We Translate Words into Business
What Does Culture Have to do with Translations
by Terralíngua      Posted in  November 14, 2013
00 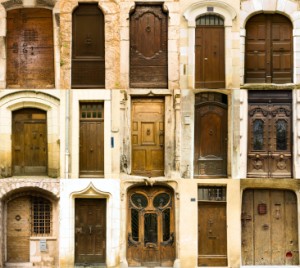 Translation is not a concept in vacuum, but is invariably a culturally mediated notion especially relevant for global businesses targeting new cultural destinations. For instance, if you want to translate English into Spanish, the words and expressions translated must be culturally compatible, because the literal translation may at times sound ridiculous or may not make sense at all.

Need of translating in local languages

So, pretty much every company wants to get the their product brochures and manuals translated from English into Spanish, Chinese, Arabic, French, German, Russian, Hindi, and several other languages. Translation services help in promotional strategies of a company.

The most successful companies are the ones that are not only able to reach the international market, but also to make an impact. Language is one huge barrier in having the right promotional strategy. However, the same language can turn into an asset for a company with right translation service, so the customers begin to understand the products intimately because it is in their mother language.

Translation mistakes can leave you laughing, but could entail enormous loss to the company represented by the translation. Their image could take a beating that may be difficult to retrieve in the short term. Translation mistakes send the wrong message across. It implies that you not only made a half-hearted attempt at translation, but also that you are only after money. Translation from English into Spanish or any other language should faithfully reflect the cultural touch to be meaningful.

The translator should also bear in mind that literal, word for word translation can change the meaning of a message. Often a dictionary may not be of much help in cases involving technical translations. Translators should be aware with regional variations in different dialects. For instance English into Spanish translation of bus is “autobus” but it becomes “guagua” in Puerto Rican version of Spanish.

Literal translation often distorts the meaning to ludicrous extent. For instance, the menu in a Swiss restaurant translated in English claimed “Our wines leave you nothing to hope for”. Surely, all it wanted to claim was their wines are so good that nothing can compare with the feeling.

Cultural incompatibility is a frequently faced issue in translations, not just from English into Spanish translation, but almost every translation. Brands and products often move into the other country without a clear understanding of the native culture. Translation of slang is often the most problematic issue. Therefore, translators should preferably be from the same culture where any product is being introduced. In addition, the work they do should pass through several filters before final adoption.

Reaching your target audience in the right way

A small mistake could be hugely embarrassing, and the connection with the target audience is immediately lost. For instance “Tegro” a fat loss product was about to be introduced in France, when it was discovered that it sounded like “tes’gros” which means you’re fat!