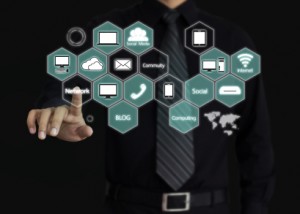 In today’s global business environment, businesses can either operate in multiple countries and geographical/linguistic areas, or operate out of one country or linguistic region while providing services to clients in other regions. As a result, there is a market for various types of translation such as technical, financial, and legal translation. The market for this activity is growing rapidly as newer translation requirements are emerging.

How Translation Has Evolved

Translation is, roughly speaking, the process of converting written or spoken words from one language to another. Globalization paved the way to a number of companies to expand their business to other countries, creating an opportunity to profit on the demand for their products and services. It may also be that businesses can find a resource they need at a much cheaper rate in another region than their own.

In any case, businesses are faced with the barrier of ignorance of a foreign language when they take the step to operate outside of their own countries or regions. To address this, many businesses necessarily hire translators to translate communications, whether with governments, other businesses or consumers, or with literary translations, technical, commercial, or any other type of translation. Due to this, the translation industry is a rapidly growing one.

It is rarely easy to translate a communication between different languages. Translation is not as simple a task as referring a dictionary or using the internet. Even if language can be translated without a hitch, there may be several cultural differences that the translator needs to be aware of in order to effectively translate it or there may be a risk the message gets lost in translation, often to a humorous degree.

As an example, a message intended to mean “2nd Expo of Social Service Businesses” (“2ième Salon des Entreprises d’Économie Sociale”) was translated from French to German meaning “Two Living Rooms from Business Economy Companies.” Examples of translations from native languages to English gone awry include a message at an Asian dry cleaner that reads “Drop your trousers here for best results.”

The Role Played by a Translator

In business, the translator performs as a liaison between a business and the target audience. The accuracy of his/her translations can impact the expected result of the communication to a great extent and so, it is important for a translator to be well versed with the literal language and with the nuances unique to its spoken counterpart, slang, and dialects. Wrong translations, regardless of their industry, can have unintended consequences from embarrassing a business to causing it large scale losses.

The Goal of Translation

A business translator’s goal is to faithfully reproduce the intention of the business’s communication in the language into which he/she is translating it. Often, the translator may have to deal with a lack of one to one equivalents between elements of a message in the source language to that in the target language. The purpose of the message is to be assessed by the translator and use his/her creative skills to make a message in the target language that can bring about the same effect in the source language.

Avoiding translational embarrassments in technical translations is the key to keep a business afloat in a foreign market and possibly avoid disastrous consequences arising out of misinterpreted laws or mistranslated directions for the usage of a product. Businesses hire translators and have the translated messages re-translated into the original language by other translators to verify the accuracy of the translation, though this process may not always work, especially for messages making use of puns, catch phrases, and idioms unique to a culture.

The need for translation is inevitable in today’s world where it is increasingly common to see countries and businesses looking outside their home borders to expand their economic potential and increase their coffers. In such a world, translators—whether handling medical translations, technical translations, or computer translations—could be considered as ambassadors facilitating the exchange between cultures, bringing the world closer with every translated line.