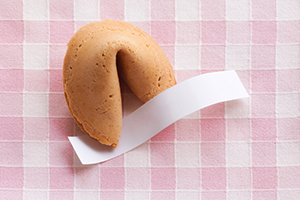 Translating idioms from one language to another is one of the most difficult tasks a translator has to face. Unlike other translation issues, where a translator who has excellent knowledge of both the source and the target language can change the words to read naturally from one language to another, this cannot be done with idioms. Therefore when creating content that will be localized, idiomatic expressions are often avoided.

In her book In Other Words, Dr. Mona Baker, the Professor for Translational Studies at Manchester University in the United Kingdom says that idioms are “Frozen patterns of language which allow little or no variation in form and often carry meanings which cannot be deduced from their individual components.”
Idioms are also closely related to the country’s culture. These unique expressions can make a language more interesting and fun to learn.

A good example of this would be with the idiomatic phrase “break a leg”. This phrase is often used by superstitious members of theatre or film productions, because using the phrase “good luck” is thought to bring the production “bad luck” and therefore the phrase “break a leg” is used instead. Idioms are frequently used in literature, poetry, cinema and theatre. Shakespeare introduced hundreds of new idioms into the English language. Some of these include well known phrases like “cruel to be kind” and “wild goose chase”.

Idioms convey meaning only a human can understand. Should you log into a machine translation tool on your computer and put in the words “break a leg” it will tell you the literal translation which means you are telling someone to go and break their leg, which is not very polite. This exercise demonstrates the importance of using humans to translate text versus automated results.

So, how do you translate idioms? According to Mona Baker, there are four methods of translation. The first is to find a similar idiom in the target language, with the same meaning and form – A good example is “nine times out of ten”, which is an idiomatic expression used in many different countries, including Spanish and Portuguese.
The second is to use an idiom with the same meaning, but in a different form. Here, the phrase “sky high prices” has the same meaning in Spanish and Portuguese as in English, but it is not in the same form.

The third method is by paraphrasing, where the meaning of the idiom in the source language is conveyed by a phrase which expresses the meaning, but does not use an idiom. “A bit of horseplay”, which means boisterous play in English, is not an idiom in Spanish or Portuguese and would have to be explained using other suitable words in the target language to explain the meaning.

The fourth method is omission, which Mona Baker says should not be used too often and only if the other three methods cannot be used. This is because it will not be true to the source content.

Idioms are used in business English and you may have come across some of the following examples:
• Moving the goalposts – Changing the rules or the conditions of an agreement.
• To be on the ball – Enthusiastic and aware of how new methods and ideas can improve business.
• Watch from the side lines – Someone who is observing a situation, rather than being an active part of it.
• Drop the ball – Make a mistake.
• Par for the course – Typical.
• A low blow – An action that is damaging to a person or business.
• Cut to the chase – Get to the important part.

As:
• In the same boat – Sharing the same situation.
• Land on your feet – Everything will work to your advantage.
• Bends over backwards – Someone who has been extremely helpful.
• Think out of the box – To consider things from more than a unique angle or perspective.

If there are existing idioms in materials you wish to localize, a professional translation agency is an excellent resource that can provide advice and guidance.