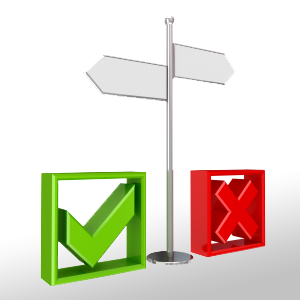 The internet turned our world into a very small place. Business people have made full use of this situation and are offering their products and services on a global scale. However, one of the challenges they have to face on a regular basis is the language barrier. Even though every part of the world we live in is accessible via the internet, lack of knowledge of the local languages continues to be a problem. To overcome this barrier, business people have come up with a novel idea: offering the website in regional languages.
Although English is accepted as the global language, not everyone on the globe can read, write and converse in English. This is why there are a number of companies that offer professional translation services. You can get your website translated into a number of different languages. However, there are a few common mistakes made by these professional on a regular basis. This article will highlight those errors so that when you get your website translated, you will ensure that these mistakes are not repeated.

Before going into the mistakes that translation professionals make, it is important to understand the purpose of translation. Your website is available in English by default. If a visitor who can’t read English visits your website, he/she should be able to access the website easily, in the language they are comfortable with. The word ‘easily’ here implies that they should be able to get their native language version of site with only a couple of clicks. With that in mind, let’s look at the common website globalization errors.

You would have noticed the small icon of a nation’s flag, with the language printed next to it, on the home page of a website that is available in multiple languages. If you want the site in English, you have to click on the US or UK flag. If you want it in Chinese, you have to click on the Chinese flag. The same holds true for French, Japanese, Portuguese, Spanish and other languages.
But did you know for a fact that English is the native language of Canada, Australia, New Zealand and many other countries? Also, Chinese language is not exactly Chinese. There are many regional dialects and variations of the Chinese language. Mandarin is the most used dialect of Chinese as it is the official language of China and is spoken in other areas like Taiwan, and Singapore. Cantonese is spoken in the Canton province of China, Hong Kong and Macao.
As there are differences in spoken Chinese, so also are there differences in written Chinese. Currently Chinese characters are divided in two forms: one is the ‘traditional’ and the other is the ‘simplified’. This split was promoted by the government in 1949 in order to increase literacy rates among the population. The new and simplified version of characters came into use in Mainland China, while the original traditional script was kept in use by the Chinese population outside mainland China (Taiwan, Hong Kong and Macao). The fundamental difference between the two forms is that the traditional one uses more strokes and is based on earlier characters. The modern simplified Chinese is much simpler.

Apart from being factually inaccurate, using the flag of a single country to representa language spoken by many might be felt as inconsiderate and disrespectful. For example, with the tension between Taiwan and China, Taiwanese visitors might feel offended if to visit the website in Mandarin, they have to click on the Chinese national flag. This is one mistake you should try to avoid in your site.

Usage of Target Language Script to Indicate the Language Availability

Translated websites are available in many languages, but some of them indicate the available languages in English script. For example, the script used in Chinese language is totally different. As a result, if someone who doesn’t know the basics of English visits your site, they will look at the language choices and fail to recognize the word ‘Chinese’ in English script. That might be a potential client you just lost. It is important to make sure that all available language options in your site are written in their native scripts, so that visitors can easily recognize and access them.

If your website is available in multiple languages, and the navigation option is not clearly visible, there is no point in translating your site. Make sure that the language navigation option is clearly visible on the home page itself. Ideally, place it at the top right corner or the top left corner of your home page to ensure maximum visibility. This will also guarantee that the investment you made on the website translation is worth every penny.

In order to have an adequate assessment of your localization needs, please visit our website and send us a message or request a quote.