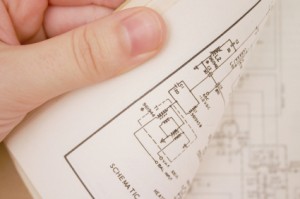 It is a very well-known fact that English is not the most widely spoken language in the world. Although it is considered as a global language, not everyone can speak it. People from countries with the largest economies of the world, like China, Japan, Germany, France and Brazil, prefer to use their native language as opposed to English. So if you decide to sell your products in areas where English is not the main language, you should provide user/technical manuals in those local languages. Then, you may wonder about the number of languages you need the manual in if your product is offered globally.

The truth is that you will not need the manual in so many languages. Before you make your choice on the preferred languages, you must first consider which areas you are trying to target. For example, if you are targeting only a few countries for your business, then consider only those regions’ languages. But if you want to make your publications available on a global scale, here are some of the top language choices.

China has emerged from a developing economy to become one of powerhouses in the modern world. Yet, the majority of the Chinese population is not familiar with English. That is because Chinese government promotes education in its national language rather than in English.
If you translate your technical publications into Chinese, you can actually reach the largest population on earth while in terms of economic opportunity you can reach approximately 6.1% on a global scale.

Japan has always been a country that is known for its technological development, despite the fact that the country is often affected by natural disasters. By translating your technical publications into Japanese, you can reach out to around 4.5% of the online population. But the economic opportunities or business opportunities that you can generate by translating your technical publications into Japanese is a decent 10.5% owing to the Japanese economic strength.

The percentage of global population that exclusively speaks French is only 1.5%. But if you have the technical publications of your products translated into French, you can actually target 6.2% in terms of business opportunities.

Brazilian Portuguese is spoken by the 190 million inhabitants of Brazil. The country offers immediate attractions to new market entrants, such as a consistent and stable economy, built on the development model of a policy adopted by the Brazilian government in the last years. The adopted measures made provision for constant growth with generation of formal employment, better income distribution and ability to absorb external and internal shocks.
Therefore, the market for technical translations in Brazil has become highly specialized since the 90’s due to a scenario of growing number of imports, increasing demand for translation of technical publications, the privatization of large enterprises and globalization.

Around 7% of the world population speaks Spanish. So, that is the third most sought after language for technical manual translation needs. However, the economic opportunities that you can generate by making your technical manual available in Spanish are a decent 7.8%. Also, there are a few variations of the Spanish language that you should consider while having your website translated into Spanish. It is recommended that you discuss about these variations with your translation company before actually going ahead with the job.

You can look at this scenario in many different ways, but the percentage of target audience who knows English is rapidly decreasing by the day, due to the growing market size. So, it is always a good idea to have your technical publications translated into more than a couple of languages, especially if you are planning to market the product on a global scale. Terralíngua has the technical and scientific expertise to help you translate your publications into several languages. 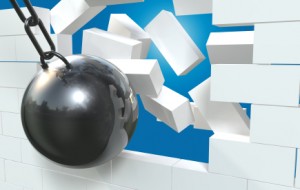 Website availability in multiple languages is a trend popular with most website owners, especially if their target audience is spread globally. However, language translation is something that is not easy and people can easily recognize shoddily translated work. This might even irk some people. To prevent this from happening and to ensure that you break the language barrier, here are a few tips that might come in handy.

Be Careful with Puns and Conversational Expressions

When you translate a line word to word, you might not be very effective in communicating what you intended to. Machine translations carry out word to word translations and are not effective in more than 60% of the sentences. This is where a professional translator will be helpful. The translator will read the whole sentence, the paragraph also, if needed, and translate it in such a way to preserve the true meaning. By doing this, the translator will ensure that the message that you wished to convey is displayed, with very little room for misinterpretation. This problem usually arises with the usage of metaphors, puns, and conversational expressions.

You may notice that the number of words used in a particular sentence in one language do not remain the same when it is translated into another language. . Due to varying sentence structures and word usage, there will usually be an increase or decrease in the word count. For example, a typical translation from English to Russian will increase the word count by roughly 30%. When you design a web page or a theme, you would have chosen the styling to suit a fixed number of words. If there are more words, you cannot accommodate them. Less number of words implies empty spaces in the web page which doesn’t look good. So, make sure you take this factor into account while getting your site translated.

Make sure that you take into account the cultural bounds and the legal limitations of the region you are targeting. This is important because you must not post content that will hurt the sentiment of the locals. Similarly, if you post something that is against law, and even if you do it inadvertently, you will be in trouble. Not to mention the hit that your company’s reputation takes. So, try to be as passive as possible and stick to hard facts without being judgmental.

Machine translations work only on the most basic sentences. If you type in a long complicated sentence, the machine will translate each word as it is. It might result in a sentence that means something different altogether. So, try to avoid machine translations as much as possible. Even if you have to go ahead with machine translations, make sure that you get the output reviewed by someone who is familiar with the language that it is translated into. Also, try to keep the English sentences short and very simple if you are using a machine translator. This will ensure that the translated text is accurate.

To avoid all the aforementioned problems, you must be very careful while picking translator services. There might be a number of them on offer but only a handful offer very high quality services. If it comes to budget, try to be a little flexible as translation is a onetime investment and you do not want to compromise on the quality. You can actually do a bit of research before hiring a translation service. Website translation is being considered by almost all companies in a bid to target a global audience. So, chances are that you could get some really good recommendations.

Owing to the worldwide accessibility of the net and the web pages on it, business owners are choosing to make their websites available in a number of different languages. To do this, you need the help of a translation expert and you have to pay for the services. If you believe the localization of your website is an unnecessary investment, think again. The benefits of getting your website translated into different, leading local languages makes the investment totally worth it. Here are the top advantages of having your website translated.

Expanding Your Customer Base

English is the universal language and that the one language that you design your website in, by default. However, if you are of the understanding that English can be understood by most of the people in the world, you are wrong. English, although omnipresent, is not understood by many, some of them could be your potential customers. If you are seriously looking to expand your customer base and rope in business from countries around the world, you need to have the website in those local languages. For example, if you want to target German customers, make sure that you make your website available in German.

Engage Customers with Your Site

Imagine that your native language is English but you have learnt French or Spanish or any other foreign language. You might be able to understand it and even read and write the language fluently. But do you get the same feeling as you do when you read English? That is exactly how it feels for people from other countries when looking at your site in English. On the contrary, if it is available in native language, they feel at home when they are viewing your site. A recent survey showed that a potential consumer is more likely to go through the site if it is available in his/her native language rather than in English.

By using native languages in your website, you also avoid the confusion that is sometimes created by the usage of English. People who are not so familiar with English might misinterpret a sentence on your site and get the wrong message. This is very bad for business when you look at the bigger picture. So, it is a good idea to have your website available in local languages so that these misinterpretation issues are avoided.

Please visit our website to find out how Terralíngua can help you expand your website beyond the borders.