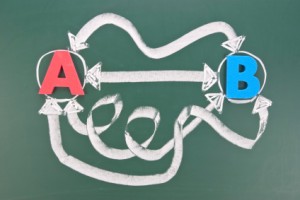 Software development is a constant necessity and a booming business in today’s IT world. There are a number of companies that produce high quality software. To ensure the global reach of the software that they produce, developers make it available in multiple languages. While this is a logical move by the company, there are a number of hurdles that the developers have to overcome. The basic source code will remain the same, but the user interface (UI) designers will have to work with the translation team to ensure that the software is effectively localized. Here are a few solutions to the challenges that the developers would face while localizing the software.

Localization Should Begin When the Coding Starts

If you are familiar with the software development cycle, you are aware of the fact that the user interface (UI) design is finalized before the coding part actually begins. So, the team responsible for the development of UI will already have started working even before the source code work starts. As a result, the UI team will have to work with the translation team to ensure that the UI is effectively localized. For each region, a separate UI is designed and coded. The basic design and layout remains the same. Only the text in the UI will be made available in the regional languages.

All Editions Should Be Rolled Out Simultaneously

One of the secrets of successful software is its simultaneous global release. When you release software on a global scale, your competitors have fewer chances of getting the jump on you to release their products. As a result, translators also have to work on a tight schedule to ensure that the localized UIs are ready for a global release. This is not an easy task especially if the localization is handled by a single company. They will have to work on tight deadlines and ensure that the quality is of the highest order.

One of the biggest challenges that a localization team will face while working with software localization is its technical documents. Localization experts are well versed in languages but they are not aware of the minor technical details which are crucial for a technical manual or a help file that is provided with the software. So, the translators will have to work with the technical team to ensure that they get all the minor details spot-on.

The same is true for legal documents. Without being aware of the legal ramifications, a translator might use terms that are considered legally wrong. To avoid this, translators should closely co-ordinate with the legal team to translate the legal documents accurately without any discrepancies.

Although the aforementioned activities are fairly simple and straightforward, they consume a lot of time. Also, quality is something that cannot be compromised on while localizing software.

When an update or a patch to the software is released, the developer team must ensure that the UI patches, if any, should be localized. The localization team will again have to work with the developers to get the terms in question right. If any content in the help file or the software content has to be updated, the relevant patches should be localized before they are released.

There are certain cultural barriers that the localization team should be aware of while working on localizing particular software. For example, the usage of specific terms might be culturally inappropriate in some parts of the world, although it is accurate on a grammatical basis. Similarly, these small cultural details should be at the back of the localizing experts while they are working on software localization.