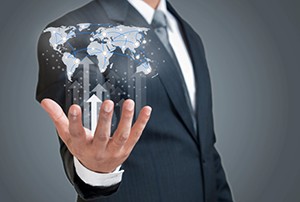 Expanding business opportunities to new markets is always on the international business radar. With China’s economy slowing down and Russia suffering a downturn, it’s time to look for the hot 2015 emerging markets.

According to an article by Ian Bremmer in Fortune.com, while China remains attractive there are other markets with the perfect ingredients for expansion. Stability, sustainable growth and good governance are what Bremmer advises to look for if you want to make your investments in emerging markets. We will highlight two of his recommendations, Colombia in South America and Poland in Central Europe.

Colombia may be known for drug wars and left wing rebels, but since peace talks began in 2012, an agreement is set to take place between the Colombian government and the FARC rebel group this year. Colombia now has a growing economy with a stable government, headed by President Juan Manuel Santos.

Colombia’s official language is Spanish, but they also have over sixty five indigenous languages and numerous dialects.

Colombia’s economy saw rapid growth between 2013 and 2014, although this has now slowed due to falling oil prices. However, as Reuters reported in February, this hasn’t stopped new investment. The Heineken group has recently agreed with soft drink maker Postabon, to produce and sell Heineken through its Chilean affiliate. Google too is set to invest money in a number of South American Countries to narrow the digital divide, according to Fox News.

According to the report by global Management Consulting firm, McKinsey & Company, Poland could become a global player with an advanced European economy in the next decade.

In the twenty five years since the collapse of the communist regimes, and its entrance into the European Community in 2004, Poland has flourished into a successful market-based economy. It is now free from the restraints of state control. At the beginning of 2014 Bloomberg reported that Poland was ranked best for business in Eastern Europe and Central Asia.

The official language of Poland is Polish and it is spoken as a second language by some people living in the Ukraine, Lithuania and the Czech Republic.

Investors are encouraged by the government’s efforts to improve infrastructure, which has been helped by a massive injection of EU funding. Poland wants to replace and improve its obsolete energy sources, including the introduction of energy efficient buildings and renewable energy sources. Improvements to its transportation infrastructure are ongoing, including the Baltic-Adriatic Corridor and the North Sea Baltic Corridor, connecting road, rail and ports.

The Importance of Translation in Business

For any business thinking of investing in either Colombia or Poland, it is vital that legal, marketing and advertising material is translated professionally into the target language. A professional, native speaking translator who lives, or has lived in the country where you wish to trade, will be familiar with the language and know colloquialisms and idioms, which are vital when you want to communicate with your customers through social media.

Terralingua is a translation company that can support your global business. We provide translation and localization services to some of the world’s top brands in all major languages. Visit our website and contact us today to discuss your requirements. 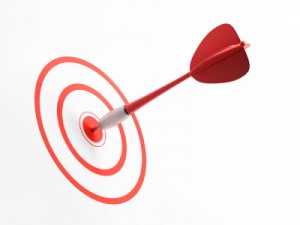 Technology has improved leaps and bounds through the years. Innovative ideas are constantly being shared worldwide with enhancements and innovation in lots of technical fields. A key element to the advancements has been the ability to accurately and quickly share information related to any technology. With greater control over sharing, responding, and understanding information in real time, it has become possible to avoid many pitfalls of the past.

Technical data available in safety manuals, operations manuals, technical proposals, websites, science journals, and patents have to be accurately and professionally worked upon for translation projects. Some of the terminologies in technical translations need to be changed for the benefit of the public. Interpreting technical terms to a form which is easily understandable for the people not informed about the concerned technical field requires the services of a professional translation company with skilled translators and sufficient background in the technical field. This is translating the data twice, once with the proper translation, and again with the easily understandable terms in the foreign language. This type of translation service is far beyond what any translational software can achieve.

Legal and technical translations have to be very accurate or else they can cause huge complications in proceedings. Wrongly translated documents can be the difference between winning and losing a case. The following tips will help you in choosing the right legal translation company for your translation needs:

– Avoid hiring a translation company whose technical translators are not native speakers of the foreign language in consideration. Below par court interpretations and badly translated documents can change the course of a case, affect a firm’s global reputation, and can even attract new lawsuits. The translated document literally has the reputation of a firm at stake.
– Foreign language translation should not be compared with simply typing in a different language. Specific languages have different language and word twists that need to be taken into consideration while translating a document.
– Avoid hiring companies that offer “universal translator” for your translational needs, as well as using software or other devices for legal translations. These can have disastrous results on your project. The reputation of a language service provider can see serious harm if the provider puts up some wrong legal or technical translation for the world to see.
– Fast and cheap legal translation should not be chosen just because of what they claim to offer. Cheap translations can potentially harm your firm in the long run, and so should be avoided.

The bottom line here is to extensively survey the options available before deciding on a technical translation service vendor.